Enticed by the comely cover page and the heart touching tagline, this book had been  on my priority list .And woah!! Within few days I received an email from Nimi Vashi from THE READERS COSMOS ,to read and review this book.. This was like a wish come true.

Mid pleasures and palaces ,though we may roam

Be it ever so humble there is no place like home

The sojourn through the story  had been  riveting and all the more refreshing with the tinkle of a novel thought of structuring it in a different way. Aditya and Radhika,the two main protagonists narrate their stories by juggling  them alternately between  their respective point of view and time frame which had been distinctly put on paper and is made noticeable.

The formation of the intricate patterns  in their life had been sketched with a different appeal which keeps the reader absorbed.

Aditya, who’d been hit hard and harder by the destiny,his bread and butter was under the clutches of the  repercussions  of  the recession period ,even the last of the coins bid goodbye to his pocket making him penniless,another lash on his life was his marriage which was on the verge of failure..Above all his habits put him into the worst of the conditions to survive being a Gigolo.

Radhika ,young ,worth a million widow, had been desperate   for the  freedom she had been imagining since his husband expired but that would cost her a few more days till her step daughter’s marriage is over as per her husband’s will.

Aditya and Radhika had been best friends since high school and were secretly in love too. Their saga of love with some spicy garnishes unfolds bit by bit which keeps the reader glued .

So how did their life take turns towards the messed up road? Why they had to be apart from each other ? Was Radhika actually happy to have her sky of freedom? Did destiny made some provisions for them to meet somewhere during their lives?Did their saga of love had an happy ending ?

Aah!! So many questions popping up in the heads .. Along with getting the answers ,relish the spicy romantic read  sprinkled with the unique style of narration during this weekend. Go grab a  copy of the book.

Though at times the reader is miffed  and have to detour to be in the story,at times its kinda too Bolly-wood-ish too and it still had a scope of a bit more editing..But the author’s style of writing piques the interest with every flipping pages.

This book review is a part of “The Readers Cosmos Book Review Program”. To get free books log on to thereaderscosmos.blogspot.com.

Enticing ambience with patchouli scented candles all around in the room.the fragrance was a bit understated but still striking the correct chord of the heart.Romance and passion were floating in the air .Any heart would flip over it.Soft Piano tunes in the backdrop  were an  addition to the luring effect.

The love nest was all set for the romantic meal  with elegant flowers ,heart shaped balloons,incense and soft music to make the atmosphere even  more seductive..The hot sizzling platter had some aphrodisiac food like oysters,chili,chocolate covered strawberries,honey ,walnuts and of course a bottle of Champagne….everything was so classy though stunning for him .. It was extremely enamoring.. 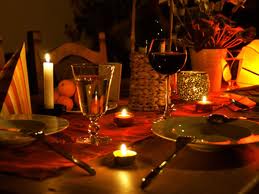 The six yards cloth was elegantly draped on her body leaving her mid riff slightly revealing ,it was rustling on her accentuated curves to make her look even more sensuous..Her flawless smooth hair-free  skin was adding another dimension to her undefined beauty..She went for a slightly tousled hair with a lone curl in the front,shimmering  eye shadow, deep maraschino lip color  which gave her flirtatious dewy lips.  So gorgeous, it was making him want to hit things.The spark of desire gushed down through his veins .The man’s passion started unlocking.

He tried to nestle her around his arms but she slipped away …She lifted her shoulder, cocked her head on one side to show him the positive sign.He encircled his arms around her waist and drew her closer,caressed her arms,shoulders and rubbing through her nape of the neck started fondling  her hair..but  she pushed him away softly, gave a naughty bite on his earlobe   and took away a swift leap . During this tickling game of romance  she brought him near a table where a neatly wrapped gift along with the card was waiting for him ..Without losing a second he grabbed the card ,read it , kept it back with a smile

Two lines were written inside the card…..

Say goodbye to the evening stubble , come out clean from this muddle

After those “two mins” she was cuddled up against his chest .He embraced her tightly and started brushing his soft smooth(precision trimmed) cheeks on her face ..Both of them could not resist more and softly kissed each other ..Curled up in each others arms , both of them slipped into the cozy bed  where fresh bed sheets,soft pillows and cushions were turned down to make the evening exceptionally enticing and  inviting.They made it an unforgettable night of raw ecstasy..

The curtains were dropped ..The burning candles were adding heat to the ignited moods and ambience..

Bingo!! neither bribe nor bargain ,neither threats nor blusters, neither nagging nor comparing but While waiting for my friend in the studio I got a million dollar idea…. I kept on repeating the punch lines “Don’t plea or crave ,Use Gillette’s Fusion for two minutes shave” .On my way back home I thought it’s so so  perfect “Either he should shave or I will make him crave ” similar to how she did in the Advertisement shoot.

This post is a part of the ‘Shave or Crave’ movement in association with BlogAdda.com